Need for Speed Hot Pursuit MOD APK is an Offline Racing Game from ELECTRONICS ARTS. NFS series is a big franchise for the EA. Their NFS series is marvelous and when it comes to older Android games then NFS Hot Pursuit APK is their one of the best Android Racer ever built. Currently New version arrived 2.0.18 now supports more devices and languages. 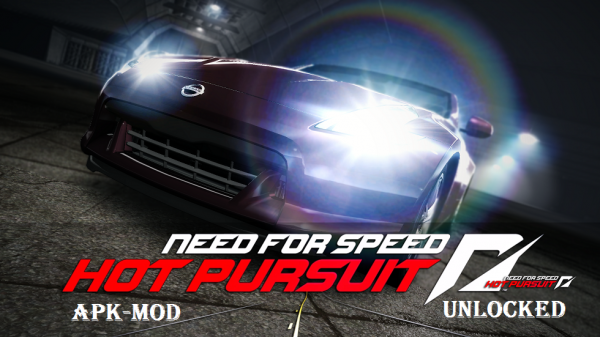 Need For Speed Hot Pursuit MOD APK+DATA 2.0.18 Unlocked Cars Tracks Free Download Android
NFS Hot Pursuit MOD APK is a Premium Android game released back in 2010 for IOS and Android.Its around 6.99$ in price but its worth it since there are no IAPs in the game and also you can play it offline easily and cars can be unlocked easily.
Its an old classic game now for Android devices because its around 6 years old game but still it would work great for you if you are a fan of NFS series and when it comes to offline premium quality part this game is perfect for you you can simply play the game till the end without spending a single penny. its a class of our old Android games.that’s why OLDER gets Goldier in the end.
NFS HP is a gem for Android gamer.i have modded this game for HVGA and QVGA devices back in OLD days.now its MODDED for Unlocked cars.There are two controls in the game steering and accelerometer.graphics are not that great since its a really old game but still you can enjoy every bits of racing in this game.
Take Down animations, COP chasing, Chasing a racer its all the top qualities of the game which we have seen in PC Version of this game.you can enjoy them right from your Android device as well. Achievements and bounties can be earned while playing.and bounties will be used to unlock new cars.hope you like it.enjoy the NFS Hot Pursuit.
What’s In The MOD APK: Unlocked Money, Cars, Maps