Facebook wants to show more ads to people who watch its videos and start making money for the people who supply it with those videos. 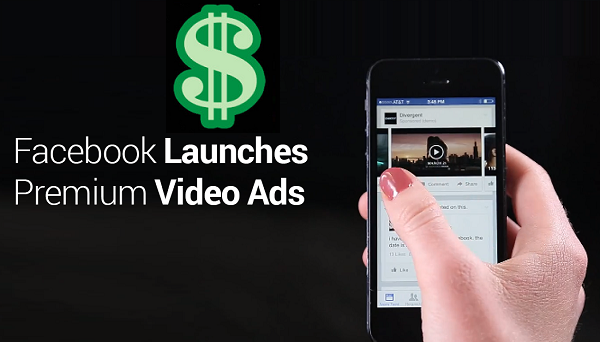 Industry sources say the social network is going to start testing a new “mid-roll” ad format, which will give video publishers the chance to insert ads into their clips after people have watched them for at least 20 seconds.

For now, Facebook will sell the ads and share the revenue with publishers, giving them 55 percent of all sales. That’s the same split offered by YouTube, which dominates the online video ad business.

If the new ads take off, they could represent the first chance many video publishers have had to make real money from the stuff they’ve been running on Facebook.

Facebook began moving aggressively to show videos to its users a couple of years ago, and by 2016 said those users were watching 100 million hours per day. But unlike almost everyone else in the ad business, CEO Mark Zuckerberg has forbidden “pre-roll” video ads, which run before a clip starts.

That means that most publishers have seen little or no ad revenue from the clips they show on Facebook, even though many are spending considerable resources trying to build up a video presence there. That stance has also discouraged some Facebook publishers, like sports leagues, from putting valuable content on the network.

Facebook has also tried other experiments to create advertising opportunities for publishers. In 2015, it created a separate video section and allowed some publishers to share revenue from standalone video ads it ran there. Last year, it also began testing mid-roll ads in live videos.

The plan Facebook is trying now could have the biggest impact, since it includes all kinds of videos throughout the network — most crucially in the News Feed, its primary distribution mechanism.

A Facebook rep declined to comment. But last fall, Facebook VP Dan Rose, who runs the company’s content operations, told Poynter that he expected to talk about expanding the mid-roll ads it was trying in live videos to more video formats “early next year.”

The parameters of the new ads also suggest that Facebook is placing more importance on the time people spend watching videos, rather than the total number of videos they watch.

Up until now, Facebook has defined a “video view” as any time a user watches a clip for a minimum of three seconds. That’s been a source of controversy in the media business, especially since Facebook automatically plays videos when they show up in users’ feeds.

But the new Facebook ads can only run once a viewer has watched a clip for at least 20 seconds. And they can also only appear in videos that run for at least 90 seconds. In other words, Facebook is telling publishers that in order to make money, they need to make clips that go on for a while and keep users’ attention.