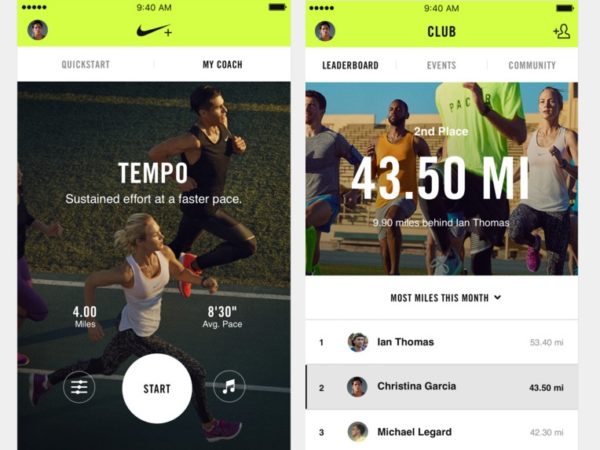 Nike has gone further than the trainers and sports clothing and has improved and embraced smart fitness with the liking of Nike Fuel band SE. Nike and running is another such innovation of the Nike. This allows to track the distance pace and time of run of a person with the feature to stop and start again when one wants to.to catch the breath there is no need to stop the app.once you are done with your exercise you can share your route and sync it with nikeplus.com website.