A team of researchers from the University of Washington have developed an app that turns smartphones into anemia detectors. See, the condition often goes undiagnosed in developing parts of the world. And seeing as it’s the most common blood disorder out there, it likely affects more than 25 percent of the population that the World Health Organization believes it does. HemaApp gives medical professionals a way to see if patients have anemia simply by shining the phone’s flash against their skin. 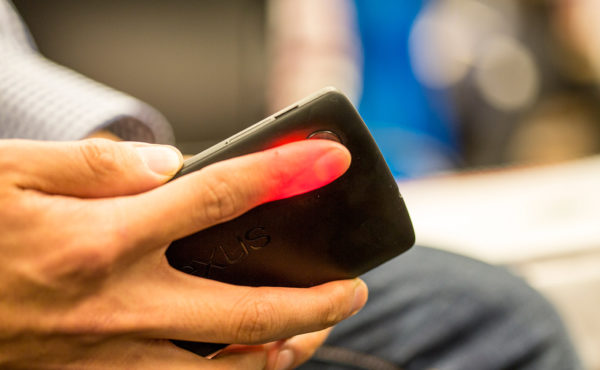 The app estimates hemoglobin concentrations — anemia is characterized by low levels of hemoglobin or red blood cells — by analyzing the color of a person’s blood. UW’s researchers found that it was most accurate when used with a low-cost LED lighting attachment on top of the flash, allowing it to see more of what’s under the patient’s skin. In fact, it was as accurate as the Masimo Pronto, the expensive FDA-approved machine that can measure hemoglobin non-invasively using a device clipped to a person’s finger. A smartphone loaded with the HemaApp will be much cheaper and accessible for medical professionals in developing nations.

This team of researchers built on the work by another U of Washington group that developed an app that can detect jaundice in babies. They plan to improve their technology further to be able to screen for sickle cell disease and other blood disorders. Despite what it can do, HemaApp will mostly be used for initial screening, and people who exhibit low hemoglobin levels still have to get a blood test. It will at least allow doctors and nurses to pluck those who need further tests from a bigger number of people, though, so they won’t have to take blood samples for anemia if they don’t have to.