So you downloaded iOS 10 and have been met with sticker packs, new keyboards, and something that sends an exploding circle to your girlfriend every time you accidentally tap the screen. It’s a lot to take in. Give it all some time, however, and you’ll realize this latest iOS has some cool features. The big one? iMessage apps. Yes, you can now use/play certain apps in Messages. Unfortunately, most of the available downloads are aimed at someone very interested in the KIMOJI Sticker Pack. Fear not. Here are 8 iMessage apps you’re going to want to download. 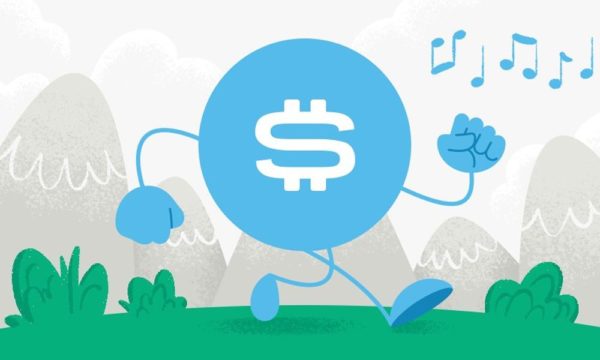 “When will you be here?” It’s not an uncommon text to receive. Instead of guessing and being off by 20+ minutes, download ETA. ETA for iMessage lets you send a far more accurate arrival time to the person you’re chatting with. Even better, other people in your convo can tap your ETA to add their own. If you’re meeting a group for drinks, you’ll know how long you have to awkwardly save those vacant bar stools for. $3

Do you do business with colleagues all over the world? Do you have family in a far-off country? Language can be a huge barrier when trying to text. It’s hard enough with someone who adds quirky rules to English when typing; imagine someone who texts in an entirely different language. iTranslate now works right in Messenges, so you can text someone and have it translated to their native language when it arrives on their screen. So helpful. Free

Lending someone money used to be as simple as handing them a few bucks. Then people stopped carrying cash and started living behind screens. Giving someone 20 bucks became a challenge. Circle Pay is making it easier again. Now you can send someone you’re texting some money right in Messenger. As long as they have a Circle account, they just tap the message and the money is moved to their account. If they don’t have an account, they can tap the message and cash out. It’s the simplest way to pay your debts. Free

If you’ve ever had the horrific experience of planning what to do with a group of friends over text, you know that little gets accomplished quickly. Streamline that process with Poll / Survey. The app allows you to create quick polls, share them in Messenger, and then have those in the group vote. Which bar should you go to? What movie should you see? Poll / Survey makes group decisions far less painful. Free

The go-to service for restaurant reservations just became far more convenient with the update for iOS 10. Now you can share potential dinner ideas with your lady friend in Messages, show available times, and allow them to vote on which strikes their fancy. Allowing you to do this all within Messages really takes a lot of the legwork out of planning a night out. None of the current iMessage apps showcase the power of in-Messages apps better than Open Table. Free

Yes, now you can play games right in Messages. Most really aren’t out speed, but Game Pigeon gives you a few classics we can get behind. Shoot a game of pool, play a few hands of poker, or wage Battleship-esque warfare without leaving your convo. All the games included are classic time-wasters you’ll enjoy. Free