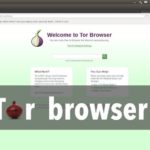 Short Bytes: TOR Browser 6.0 has been released with multiple changes and improvements. Powered by Firefox 45-ESR, the latest release marks the improvements in video playback with a better support for HTML5. Following the footsteps of Chrome, Firefox, and Edge, TOR’s first stable release in the 6.0 series also removes the support for SHA-1 certificates. […]