N.O.V.A. 2 Hero Rises Again Gameplay – NOVA 2020 Series from Gameloft has always been FPS Fans favorite since first NOVA – near orbit vanguard alliance arrived. We have played NOVA Games from .Sis, .Jar to .APK. This 3D FPS has amazing fan following. But do you know N.O.V.A. Series is inspired from HALO Games. From gameplay to its futuristic settings All of these are inspired from Halo Games. Right Now Uploading a Remastered version of N.O.V.A. 2 Remastered APK which will work on all devices. 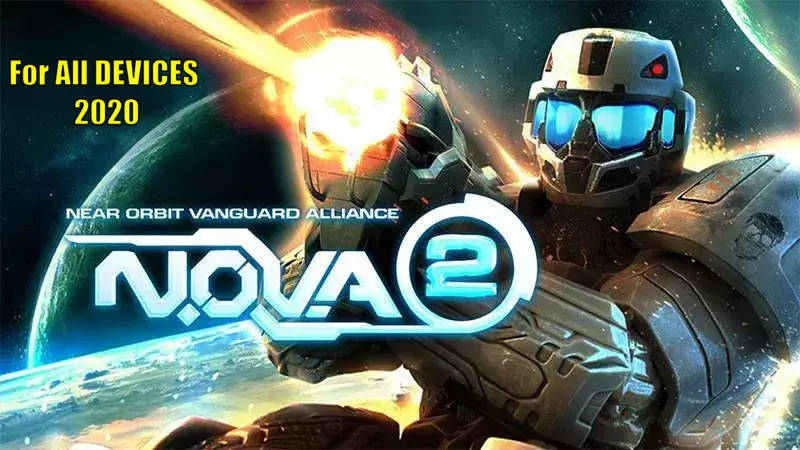 N.O.V.A. 2020 Remastered APK Supports All Devices
N.O.V.A. 2 Remastered APK single-player campaign contains 12 chapters. NOVA2 APK has really nice environments. you’ll use over a dozen different weapons such as an assault rifle rocket launcher and even alien weaponry later in the game. the game does come with a nice multiplayer mode in which you can play with up to 10 friends by a local bluetooth or Wi-Fi or create a gameloft account to play with real players around the world.
Enemy AI is pretty decent even when easy they’ll find cover and move around as they fire.They will even initiating melee attacks. there will be times where you’ll be swarmed with enemies and will have to scatter for cover as your shield automatically regenerates. After each level you’ll have an opportunity to use the credits you’ve collected on upgrades such as increased health and ammo.
The controls are super smooth and sleek. The controls are almost like any other FPS Games where using joystick to move and use other hand to aim and shoot. There are three controls available so you can use them as per your gameplay. Overall its a must have Remastered Android game for your devices. An amazing campaign to play,Beautiful looking graphics and amazing FPS Gameplay. Making N.O.V.A. 2 Remastered APK such an amazing game.
Requires Android: 2.3 and Up to Android 10 Pie
Version: 1.0.5
MODE: OFFLINE
Install NOVA2.APK,Place data OBB folder “Gameloft” in SDCard/ and Play.