Disney Games released a trailer debuting nearly 400 new emojis, all of them Disney or Pixar themed. Emojis come from both Disney classics, including Alice in Wonderland and Mickey Mouse, and (slightly) more modern movies, like The Little Mermaid and Lilo and Stitch. 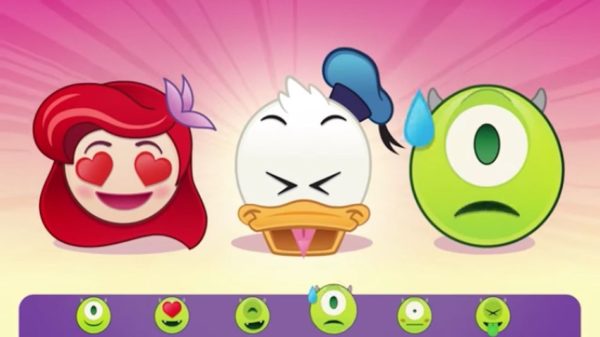 In order to collect these emojis, however, you’ll first have to play a strenuous matching game called “Disney Emoji Blitz.”

No matching, no Disney emoji for you.

Disney emoji will be released to iOS and Android. Soon enough, teenagers and grown adults everywhere will be able to express their secret mermaid side with an Ariel emoji, or a magical moment with the magic hat emoji.

Don’t want to use words to express your feelings? Let America’s most beloved/controversial brand do the job for you.

Learn more about Disney emoji by watching the video below: Youtube VIDEO