Supercell has conquered the world of resource management with clash of clans and they conquered the world of MOBA style tower offense with clash Royale, now here’s brawl stars APK MOD the latest game from supercell that biggest of mobile developers. These developers main points are to make games that people play for years and years and they succeeded in it. we have Clash Royale and Clash of clans which people play everyday and they have spent hours and hours in these games. Now when we heard that SC GIANT is releasing a new PVP game then we were so excited to see it in action. Here ill explain a little about this game. 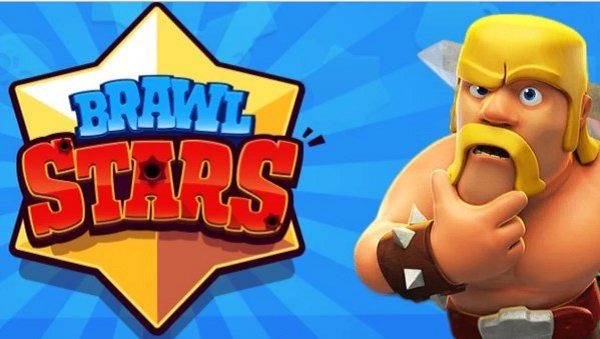 Brawl Stars Android APK Download MOD
Brawl Stars APK It’s kind of team deathmatch capture the flag but not once like multiple Flags in this top-down shoot-’em-up style thing. right now game is available on the Canadian App Store as a soft launch to know when it’s going to go officially live on Android and worldwide then i have no idea about the release dates. Just like Clash Royale’s soft launch period Brawl Stars is right now in the Soft Launch period. hopefully we will see the game in next month.
So Gameplay is like you’ve got to collect as many gems as you can whoever has the most gems at the end of the match is the winner. you control your character by waggling your left thumb around to move the character then you tap anywhere on the screen where you want to shoot. so if you run into the grass you will become invisible unless you fire or are also in the grass and nearby in which case you’ll be able to be seen. Your health recharges if you leave it for a little while. you have ammunition at the top and the bars above your character the green one is health and then three orange bars that ammunition.
How to get Brawl Stars APK on Android?
Well Brawl Stars is not out yet on Android and when its beta APK available you will be emailed about it. so do not forget to subscribe using your email id.
There are around 4 MODES in Brawl Stars, first MODE is bounty where you have to collect as many stars as possible to win. Another mode is smash and grab you will have to collect crystals from the center of the map and team that collects most of the crystals will emerge victorious. another MODE is heist where your team has to protect or attack on safe loot. final mode is showdown its more like Team Deathmatch where 10 players fight to death and map gets smaller time by time whoever survives last will be the winner.
Features Of Brawl Stars Android:
– Rowdy, real-time 3v3 battles against players from all over the world
– Unlock new, powerful Brawlers – each with a signature attack and a SUPER ability!
– Four unique game modes to unlock and play
– Battle solo or with friends
– Climb to the top of the leaderboards in regional and local rankings
– A fast-paced multiplayer shooter is finally here on mobile
– Form a Band of Brawlers with fellow players to share tips and battle together
– Upgrade your favorite Brawlers for that critical edge
– Customize your Brawlers with unlockable skins new