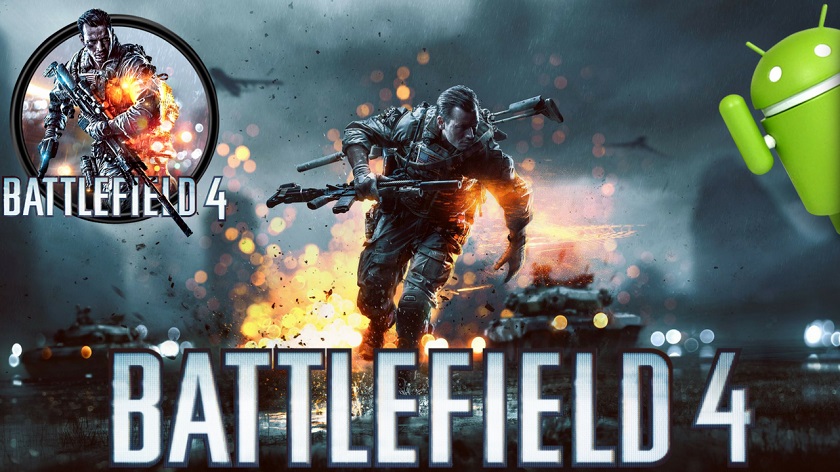 We all have played Battlefield Games on PC right? well getting Battlefield 3 Free was the first thing which everyone liked the most getting thousands of Fans attracting to Battlefield community. Now Battlefield Experience has come to Mobile on our Android phone. Millet ShootOut or i would say Battlefield 4 Mobile is now available on Android. Currently its not available In English Language but you can easily play it.
Download Battlefield 4 Mobile APK Millet Shootout Android
Large Scale Open World Conquest Mode is what everyone used to in Battlefield Series. The entire Mode is taken from the Battlefield Games and put in to Millet Shootout. Now Millet Shootout is the game that came out months ago as a battle royale game. Then they have introduced Team Death Match Modes and now finally they have come up with the Conquest Mode with possibly all the features of Battlefield Multiplayer Games like Open World Map,Tank Mayhem,Team Battles and of course Sniping Fun.
Well why am i posting these Foreign Language games. You might be thinking like that. but my only goal is to provide best Android games so you can enjoy them first before they go live for the world. There are thousands of amazing games which are still in development or are in beta stage.so i will try to bring more of those games for you. Right now try this Battlefield 4 Mobile APK aka Millet Shootout APK.
“Millet Shootout” is an Action Third Person shooter game developed using Unreal Engine 4 it delivers amazing visual battles in different modes like Team Death Match, Battle Royale or Battlefield Conquest Modes.
Battlefield MODE:
A 16VS16 two teams played against the flag in conquest Mode. The new vehicle Tanks are here to heat up the Battlefield. The Battlefield experience are truly optimized here in form of Tank Combats,Close Combats and Sniper Wars. Caspian Border Like MAP is ready and much more to be added in later updates.
A True Battlefield Experience On Android Devices
Battle Royale Mode:-
Experience Truly open world Battle Royale Mode full with 100 Real Players fight Each other for survival. If you have played PUBG MOBILE then you do not need any introduction about this MODE.
Traditional PVP MODE:
There are many classic gameplays: team Deathmatch, blast mode, biochemical mode, peekaboo mode, etc. More regular seasons, ladders, and competitions allow players to participate in e-sports events at any time.
What’s New: Battlefield 4 v1.14.16.16528
1. New mode: “Battlefield Frontline” officially opened
2. new mode new experience, 16V16 battlefield hot open
3. New rules and gameplay for the new model
4. A new map launched in line with the new model
5. the new vehicle: “tank” landing battlefield front line
6. increase the vehicle shooting function “artillery + machine gun”
7. the special arms play debut in the new mode, players free to choose
8. first debut two arms “sniper” “engineering soldiers”
9. Exclusive weapons, special operations and other supporting contents of special arms
10. the original vehicle increases the probe shooting function
Optimization and Adjustment:
1. Skydiving logic optimization
2. Optimization of vehicle driving operation and viewing angle
3. Optimize the adjustment medal system
4. optimize the movement of firearms, characters running, etc.
5. daily task, activity adjustment and optimization
6. The map of the extremely cold land in the actual combat training mode is closed.
7. Miracle Garden team map joins the ladder race
8. the amount of recharge, the first charge and other content adjustment and optimization
9. the warehouse system revision
10. BUG, abnormalities and other issues focused on repair
Install APK and Play.