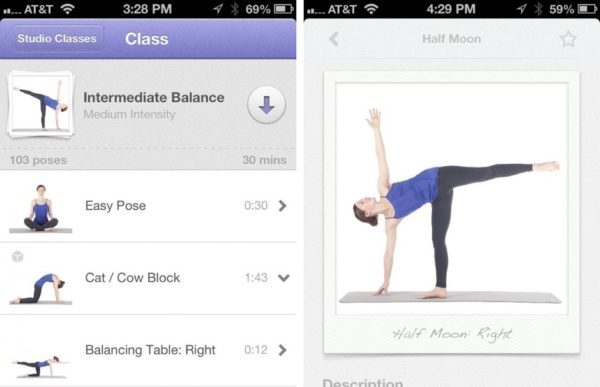 Yoga is not the easy thing to learn on your own but with the help of yoga studio it is very easy for a person to learn Yoga to be fit and healthy.it has advises and instructions for over 280 poses that can be done by the downward facing dog and feathered peacock in no time.it also contain 30 yoga classes with HD videos and custom classes can also be created. Yoga studio is very helpful for the beginners as well as for those who have been practicing yoga for years.