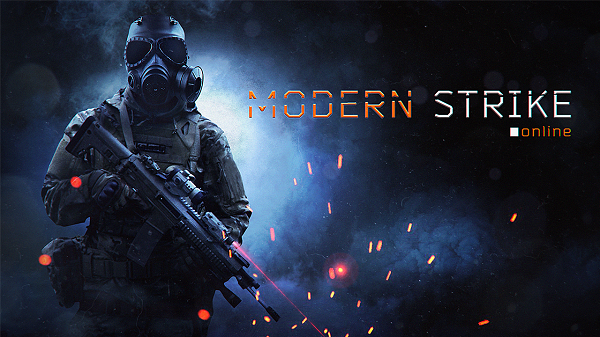 Modern Strike Online MOD APK 1.19.3 Premium Account Unlimited Ammo Hack
Modern Strike Online MOD APK+DATA Unlimited Ammo Modern Strike Online is an online FPS PVP game based on Unity engine. There are big number of FPS multiplayer games available in the play store and some are bad some are good and some games requires a lot of IAPs. Modern Strike Online is still in beta and available only for select testers. Some texts are in Russian Language but most of main part texts are in English and you can easily understand it well. Game works super smooth,its well optimized and plays smoothly though some bugs and lags found in the server mainly its because of high ping due to its servers. server must be located in Russia. But still managed to get in #1 place due to unlimited ammo. was dominating the city killing here and there sometime you just spawn near enemies and voila you just got free kills. sometimes enemies spawn behind you and you get knocked out easily. Game will be free in the play store and will be offering silver and gold coins for playing multiplayer games. those coins can be used to purchase new weapons and upgrades. Talking about Gameplay its completely good and once your device is strong enough to handle this game you will be getting constant 60 FPS in battle. controls are same as other FPS game.your guns starts firing as soon as you AIM on the enemies. Headshot, Double Kill, Granade kill. various kills gives XP and enough XP will get you leveled up. Modern Strike Online has great potential if they come up with more MAPs, More Game MODES and various server from all over the depending on locations then i must say this game will be the one which we will be playing while we are connected to internet. Modern Strike Online MOD APK
Features of Modern Strike Online MOD APK:
– Expert Looking Graphics
– 7 Different Maps to try your own tactics
– 25 Different GUNS to Dominate in the game
– Level Up and Get more rewards
What’s In The MOD APK:
RoyalGamer
Premium Account for Unlimited Days
Unlimited Ammo (Bullets Wont Decrease)
Install APK,Place data folder in SDCard/Android/Obb/ and play.